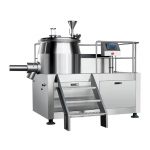 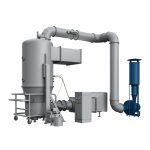 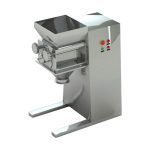 Rapid mixer granulator is widely used in pharmaceutical, chemical and foodstuff trades etc., It can make wet powdery material into granulates or crush block dry material, as well as carry out speedy granulation.

The roller is swung repeatedly through mechanical driving, which makes the material extruded from sieve, further granulated or crushed or speedily pelletized.

There are no reviews yet.